Are You Keeping Your Data In Canada Yet?

We heard a lot about President Trump’s executive order shutting out foreign nationals from certain countries from the US and causing panic and disruption at airports.

However did you know that the executive order also included a section on privacy policies that affects us directly here in Canada?

The section of the executive order that I am referring to here is Section 14 that states;

Privacy Act. Agencies shall, to the extent consistent with applicable law, ensure that their privacy policies exclude persons who are not United States citizens or lawful permanent residents from the protections of the Privacy Act regarding personally identifiable information. (emphasis mine)

Michael Geist writes on this and says; “Given the close integration between U.S. and Canadian agencies – as well as the fact that Canadian Internet traffic frequently traverses into the U.S. – there are serious implications for Canadian privacy.”

Many have wondered whether any privacy protections really exist for Internet traffic in the U.S., given the 2013 revelations from Edward Snowden’s leaked documents showing mass, warrantless surveillance of telecommunications in the U.S.

There have always been differences between the Canadian and US privacy policies, with significant changes happening at the creation of the Patriot Act signed in 2001. The British Columbia law society estimated that there are over 10,000 US government agencies that have unfettered access to data stored in the US.

What Does This Mean For You? 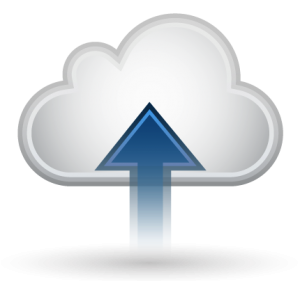 Any data from Canada that is stored in the US is subject to US security and privacy laws.

Where is your data? If you use Dropbox, Box, Evernote, and Microsoft Office365, chances are your data is in the US, under their laws.

Where is your backup? If you are using any of the big name backups such as Mozy, Carbonite, Backblaze, Acronis then your data is likely in the US, under their laws.

With the uncertainty that surrounds President Trump’s new presidency, and executive orders being implemented so quickly, it is time you should review where all your data is stored.

There are a number of backup providers, like CloudPockets, who specifically store your backup data in Canada. Start now and find one that meets your needs.

Start transitioning your backups to Canada and keep your data under Canadian security and privacy laws.