When Is The Best Time To Backup?

Let’s face it, we’re all busy, so when is the best time to backup?
We spend our days trying to fit in the important things, along with the urgent things, and it’s often tough to pick between the two. We know doing backups is important, but unless they are automated they are not urgent enough until it’s too late and data has been lost. Even with automation; when is the best time to backup your computer? Morning? Evening? Overnight? 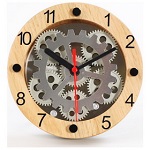 Know the 3-2-1 Backup Rule: Three copies of data, in two different places, with one place off-site.

This must be part of your overall backup plan. No point in having a backup that you can’t recover from.

Servers are usually a critical component to the business and almost never turned off. They are always connected to the network and the Internet and so always available for a backup.

The best time to backup a server is usually overnight.

Ideally you want to start after the office closes, and you want to limit the backup time so that it stops before people arrive the next morning.

For many organizations and companies then, you likely want to start about 7:00 pm and set the backup to use all the time it needs until about 6:00 or 7:00 am in the morning.

If you are running Exchange, SQL or other special or proprietary software then check your scheduled tasks and look for cleanup routines.

Here’s a list of scheduled tasks that run on servers (it shows Vista but it also applies to Server 2012 and up). It doesn’t show execution times but you can easily find that out by going to Scheduled Tasks on the server.

Disk defragmentation is another scheduled task routine. You don’t want to be trying to defragment the server and running a backup at the same time.

The best time to backup is after the clean up routines and defragmentation and scheduled tasks.

You may need to shuffle your scheduled task times around to create space for the backup.

A full backup with lots of data can take all night. Make sure the backup stops before the office opens in the morning. Most backup software can specify the length of time a backup can run, then stops even if it is not finished.

Cloud backups don’t take long after the initial load as they are incremental. An incremental backup may take an hour or less.

Once you know your average time to complete a backup, you can adjust the backup schedule for the best time for your business.

Unlike a server, a desktop computer is generally only on when it is being used and is often turned off overnight or automatically shuts itself down after a period of not being used. This is especially true if it is a laptop.

This can make picking the best time to backup a desktop or laptop a little more difficult.

Backup Laptops During the Day?

If you can’t schedule a backup for overnight for a laptop, then take a step back and be creative based on the work activity schedule of the person using it.

Backup clients are built to work in the background and create very little overhead, so you could schedule a time even when they’re using the computer.

Pick a time and try it for a while. If things change and another time is now better you can always change the backup schedule.

Another option is what is known as “real-time backup” where the backup program and detect when changes are made and backup those changes on the fly. For a desktop or laptop backup in an office environment this may be a good solution, even more so for a road warrior. This option is generally available for cloud backups and as long as there is an Internet connection these real-time backups are even stored off-site, away from the computer.

The bottom line is; the best time to backup is a time that fits the schedule of the person using the computer.

If you’ve got this far then you know you need to backup.

If you don’t have a backup system in place yet don’t put it off and say; “I’ll do that tomorrow.” – tomorrow might be too late. Nobody knows when the next disaster could strike, when the black screen of death will happen, or when the computer just won’t boot up.

CloudPockets can get you started for $9.95 a month, take a look at our cloud backup.

Pick the best time to backup that works for you or your staff, and get that critical business data backed up and protected.
You’ll feel better for it!

We use cookies to ensure that we give you the best experience on our website. If you continue to use this site we will assume that you are happy with it.Ok