The Day Jason Restores The Backup

Jason had always looked at the backup system out of the corner of his eye. He never really liked it. He would dutifully take the tape out of its mouth each morning and feed it another one from the box of tapes he kept at his desk. He had somehow inherited this one day when someone had left and he knew it was important but he didn’t really understand how it all worked. 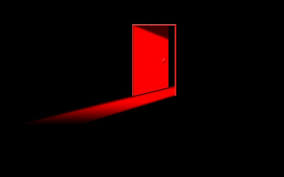 So the day when the system failed Jason knew he was in trouble. Everyone watched him expectantly as he walked slowly from his desk with his box of tapes in his hands and headed to the door at the back of the office where the equipment and the backup system was kept.
He was sweating and his heart was racing and he wanted nothing more than to run away and hide under a rock. It was going to be a long and horrible day…

Yes, disasters are scary, and backup disasters involving tapes are right up there – but it certainly doesn’t need to be as scary as Jason’s story.
I’ve seen my share of tape backup systems and done my share of data restores and yes, it’s tedious. Tape technology is slow and cumbersome and if you’re still using it you need to ask yourself why.

Even backing up to disk is a pain if that’s your main backup. You have to remember to swap out disks and make sure the right disk goes off-site and the right disk gets brought back to the office.

There’s a better way to backup that doesn’t require tapes, or any physical media at all.
It’s fast, efficient, secure, and much easier to work with than tape systems.
You can backup your office server including mailboxes and databases. You can backup a desktop to include email files and documents that are not stored centrally. You can backup a laptop regardless of whether it’s at the office, at home, or on the road in a hotel.

You can backup everything, and you can do it automatically, in the background, and set the backup to occur at whatever time of the day works best for you. You may choose to backup overnight for some things, but a laptop backup might better be done at, say, lunchtime while you’re away but the laptop is on.
You can have that flexibility.

Oh and if you’ve ever done a scary incremental tape restore and sat there swapping out tapes so that the most recent version of the file is restored – you’ll really enjoy restoring on a cloud backup system that does that all for you. You just click to confirm the restore and you’re done. It’s so much better!

Backups are important and critical to a business. You have to do them – but they don’t have to be scary.
Time to rethink your backups and look at Cloud Backups as an alternative. Cloud Backups only need an Internet connection and run efficiently in the background.
CloudPockets’ backups are fully encrypted before the data even leaves your computer, for maximum security.
It’s time to get rid of the scary tape drive monster and use better technology.